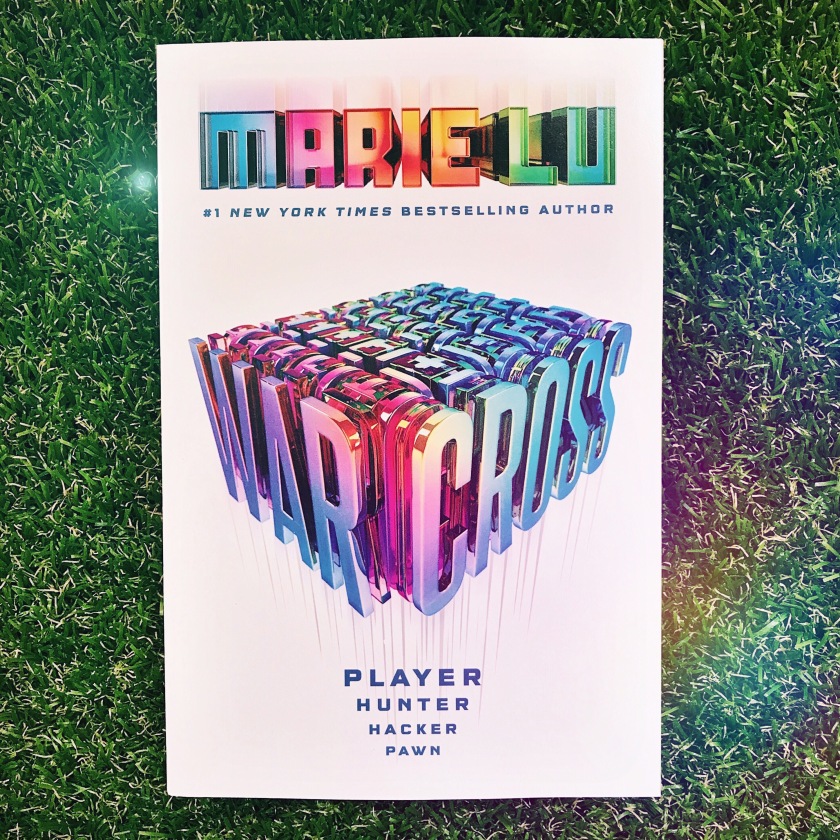 Every locked door has a key. Every problem has a solution.

Okay, THAT quote does not appeal to me and doesn’t really show the book the way I saw it (which is usually how I want a quote to be to begin my blog posts), but I didn’t mark any while I was reading the book.

I was too busy enjoying it!

I want to specifically address 3 types of readers right now, before we start talking about the book:

I was really hesitant (more like against) reading this book. Even reaching for it. You don’t know how deeply I hate Adelina of The Young Elites. I used to be the kind of reader who separated the artist from their work, meaning I’d still read an author’s work despite not liking their previous works. But after reading that cursed book, I started being wary and eventually stopped picking up other works of the authors of books I hated.

So when National Book Store gave away free chapter samplers of Warcross during Pierce Brown’s book signing last August, I didn’t really care. Not until some of my friends took some and started handing them away. I decided to get one just for the sake of using it as a prop for my Bookstagram account.

But the night before the 38th Manila International Book Fair (click here to read my blog post about the event), I picked up the sampler and read it.

Those 3 types of readers that I enumerated at the beginning of this post? I was all three of them.

However, the fact that it sounded remotely like RPO made me rethink my decision. So I read the chapter sampler.

So when it was time to go book shopping at MIBF, I actually went back to the convention center where it was being held, just to grab a copy of Warcross at the last minute. I was on my way to the car when this nagging feeling crept up to me. I can’t possibly turn away from a book that sounds like one of my favorites! Even if I swore to never read one of that author’s works ever again!

So I got it and I read it and it was great.

I can’t believe I have to wait for a year or more for the sequel. This is one of the downside of  reading a newly published book: the waiting.

I hope this review gave you a little push into picking up Warcross.

Let me know in the comments if you’ve already read it! Doesn’t matter if you enjoyed it the way I did or hated it. I’d still love to hear your thoughts and opinions. 🙂

I am a girl who loves to read and wants to share her thoughts to the world.